Review: 1491: New Revelations of the Americas Before Columbus

I thought this was a really excellent book, it reminded me a little of Guns, Germs, and Steel: The Fates of Human Societies but I think I liked it better actually. Mann really gets into what the ... Volledige review lezen

Review: 1491: New Revelations of the Americas Before Columbus

The author presents very interesting evidence about the state of the 'New World' prior to the entry of the Europeans in 1492 and thereafter. He presents significant data that contradicts much of what has been written in the past. Volledige review lezen

Charles C. Mann is a correspondent for Science and The Atlantic Monthly, and has cowritten four previous books including Noah’s Choice: The Future of Endangered Species and The Second Creation. A three-time National Magazine Award finalist, he has won awards from the American Bar Association, the Margaret Sanger Foundation, the American Institute of Physics, and the Alfred P. Sloan Foundation, among others. His writing was selected for The Best American Science Writing 2003 and The Best American Science and Nature Writing 2003. He lives with his wife and their children in Amherst, Massachusetts. 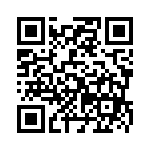