Jan Kyrre Berg Olsen has a Ph.D. in Science Studies and teaches Theory of Science at the Faculty of Public Health, University of Copenhagen. He is the editor of various publications, including a Danish anthology on the concept of “time” in science and Philosophy of Technology: 5 Questions (2007).

Vincent F. Hendricks holds two doctoral degrees in philosophy, is Professor of Formal Philosophy at Roskilde University, and the winner of the Danish Elite Research Prize 2008. His work has been influential on modern mathematical and philosophical logic and concentrates primarily on bringing mainstream and formal approaches to epistemology together. He is the author of numerous texts and papers in this field. 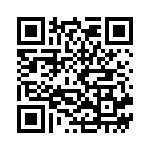