Samuel Merrill, III, is a Professor of Mathematics and Computer Science at Wilkes University, Pennsylvania. He received a PhD from Yale University, Connecticut. His current research involves mathematical and statistical modeling, particularly in political science. He is the author (with Bernard Grofman) of A Unified Theory of Voting (Cambridge, 1999) and Making Multicandidate Elections More Democratic (1988) and has published in a number of journals including the American Political Science Review, the American Journal of Political Science, and the Journal of the American Statistical Association. He has been a visiting professor at Yale University and a visiting scholar at the University of Washington. 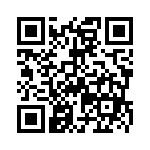