to my mind, Tecumseh and Abraham Lincoln are unique examples of the "Self-made Man", the American ideal. The fact that one was white and the other Indian pale in comparison to their mutual achievement ... Volledige review lezen

"A Sorrow In Our Heart" one of Eckert's historical novels tells the story of the Shawnee leader Tecumseh, who has been said by many and myself now to be one of the if not the greatest Indian leader of ... Volledige review lezen

Allan W. Eckert was born in Buffalo, New York on January 30, 1931. He served in the United States Air Force and attended the University of Dayton and Ohio State University. He was a historian, naturalist, novelist, poet, screenwriter and playwright. He wrote over 40 books during his lifetime including A Time of Terror: The Great Dayton Flood, Wild Season, The Silent Sky, The Frontiersmen, Wilderness Empire, The Conquerors, and A Sorrow in Our Heart: The Life of Tecumseh, which were all nominated for the Pulitzer Prize in literature. He received the Newbery Honor Book Award for Incident at Hawk's Hill. He also wrote almost all of the scripts for television's Wild Kingdom and adapted The Frontiersmen into the play Tecumseh! He died of prostate cancer on July 7, 2011 at the age of 80. 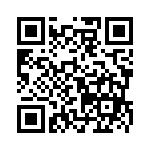