Gabriel Alexander Khoury is a Professor of Engineering at Imperial College of Science, Technology and Medicine, London and Padua University, Italy. His interests include airships in general and solar powered airships in particular, for which he first published the proof in 1978. He was elected Member of the Technical Committee of The Airship Association in 1979, Council Member in 1990 and Vice Chairman in 2011. Khoury has organised several international conferences of The Airship Association in Bedford, Cambridge, Friedrichshafen and most recently, Paris. For his contributions to airships, Khoury was elected a Fellow of the Royal Aeronautical Society. He is also a chartered engineer, a Euro engineer, a Fellow of the Institution of Structural Engineers, a Member of the Nuclear Institute, a Member of the Institution of Fire Engineers and Director of Fire Safety Design and Chief Executive of London Greenways. 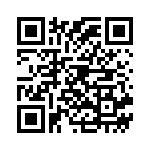