LOREN GREY is Professor Emeritus of Educational Psychology at California State University, Northridge. A past Associate Editor of the Journal of Individual Psychology and a former director of the San Fernando Valley Educational Center, Grey has published widely, including, with Dr. Rudolf Dreikurs, Logical Consequences: A New Approach to Discipline (1968) and A Parent's Guide to Child Discipline (1970), and on his own, Discipline Without Tyranny: Child Training in the First Five Years (1972) and Discipline Without Fear: Child Training During the Early School Years (1974). 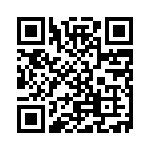