Heh. Grant Morrison's Pop Magic was pretty good. The Jack Parsons essay was pretty good. I didn't really like the rest of it, unfortunately. "Psychedelic mushrooms are aliens, which let us get on the Intergalactic Internet." Volledige review lezen

Many clever texts and interesting ideas in this mixed bag. The text "Pop Magic" by Grant Morrison and "Are You illuminated ?" by Phil Hine are the most insightful. Apart from Magic (or Magick) stuff, this book is packed with unconventional ideas and points of view that are worth knowing. Volledige review lezen

Richard Metzger is a co-founder of The Disinformation Company and wrote, directed, and hosted the first two seasons of the Disinformation TV series, which initially aired on Britain’s Channel 4 network. The series has been licensed to a major cable network in the United States, and a DVD of the series is planned and will be co-marketed with the book. 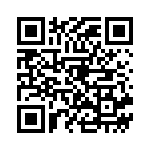