Zheng Yongnian is Professor and Director of Research, China Policy Institute, School of Contemporary Chinese Studies, University of Nottingham.  He researches on China's domestic transformation and its external impact. He has written numerous books, including Discovering Chinese Nationalism in China (1999), Globalization and State Transformation in China (2004), Will China Become Democratic? (2004) and Technological Empowerment: The Internet, State and Society in China (2007).   He served as consultant to the United Nations Development Programme on China's rural development and democracy.

Joseph Fewsmith is Director of East Asian Studies Program and Professor of International Relations and Political Science at Boston University. He is the author of four books: China Since Tiananmen: The Politics of Transition, Elite Politics in Contemporary China, The Dilemmas of Reform in China: Political Conflict and Economic Debate, and Party, State, and Local Elites in Republican China: Merchant Organizations and Politics in Shanghai, 1980-1930. He is also a research associate of the John King Fairbank Center for East Asian Studies at Harvard University. 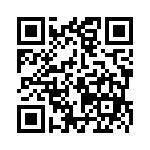