Lt. Gen. David H. Petraeus is the four-star Army general in command of all U.S. forces in Iraq in 2007.

Lt. Gen James F. Amos assumed command of II Marine Expeditionary Force in July 2004, after having commanded the Third Marine Aircraft Wing and been deployed with it for Operations Iraqi Freedom I and II. 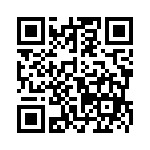