Read this for Sustainability Book Club. Interesting ideas, not sure how to make them happen. The book itself is an example of redesigning objects to fulfill the principles of sustainability. Made from synthetic paper, the ink can be washed off and reused when the book is recycled. Volledige review lezen

Scary. And educational - I was shocked to learn that chromium is used in leather tanning. Bottom line - doing less bad is still no good. Bottomer line - we have to change just about everything that we ... Volledige review lezen

William McDonough is an architect and the founding principal of William McDonough + Partners, Architecture and Community Design, based in Charlottesville, Virginia. From 1994 to 1999 he served as dean of the school of architecture at the University of Virginia. In 1999 Time magazine recognized him as a "Hero for the Planet," stating that "his utopianism is grounded in a unified philosophy that—in demonstrable and practical ways—is changing the design of the world." In 1996, he received the Presidential Award for Sustainable Development, the highest environmental honor given by United States.

Michael Braungart is a chemist and the founder of the Environmental Protection Encouragement Agency (EPEA) in Hamburg, Germany. Prior to starting EPEA, he was the director of the chemistry section for Greenpeace. Since 1984 he has been lecturing at universities, businesses, and institutions around the world on critical new concepts for ecological chemistry and materials flow management. Dr. Braungart is the recipient of numerous honors, awards, and fellowships from the Heinz Endowment, the W. Alton Jones Foundation, and other organizations. 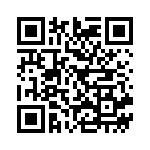