James Mahoney is a Professor of Political Science and sociology at Northwestern University. He is the author of The Legacies of Liberalism: Path Dependence and Political Regimes in Central America (2001), which received the Barrington Moore Jr. Prize of the Comparative and Historical Section of the American Sociological Association. He is also coeditor of Comparative Historical Analysis in the Social Sciences (Cambridge, 2003), which received the Giovanni Sartori Book Award of the Qualitative Methods Section of the American Political Science Association. His most recent book is Colonialism and Postcolonial Development: Spanish America in Comparative Perspective (Cambridge, 2010).

Kathleen Thelen is Ford Professor of Political Science at the Massachusetts Institute of Technology. She also holds appointments at the Max Planck Institute for the Study of Societies in Germany and at Oxford University, and she is an elected member of the Berlin-Brandenburg Academy of Sciences and Humanities. She is the author, most recently, of How Institutions Evolve (Cambridge University Press, 2004), co-winner of the Woodrow Wilson Foundation Award of the American Political Science Association, and winner of the Mattei Dogan Award of the Society for Comparative Research. She has served as Chair of the Council for European Studies (Columbia University), as President of the Politics and History Section of the American Political Science Association, and as President of the Society for the Advancement of Socio-Economics. 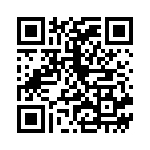