John Sugden is Reader in the Sociology of Sport, and Alan Tomlinson is Professor in Sport and Leisure Studies, both at the University of Brighton. 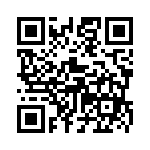