Even eminent scientists can make mistakes. Sir Fred Hoyle christened the "Big Bang" as part of his attempt to belittle it, preferring his own (now pretty much discredited) steady-state view of the ... Volledige review lezen

David Sloan is a Lecturer in Physics at Lancaster University. Following his PhD at Penn State, he has held positions at Utrecht, Oxford and Cambridge universities.

Rafael Alves Batista is a research fellow at Radboud University. He obtained his PhD from the University of Hamburg. He was previously a postdoctoral researcher at the Universities of Săo Paulo and Oxford. 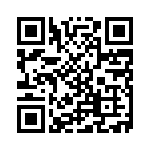