Rose-Marie Hagen was born in Switzerland and studied history, Romance languages and literature in Lausanne. After further studies in Paris and Florence, she lectured at the American University in Washington D.C. Rainer Hagen was born in Hamburg and graduated in literature and theatre studies in Munich. He later worked for radio and TV, most recently as chief editor of a German public broadcasting service. Together they have produced 15 episodes of the TV series "History In Pictures, "and collaborated on several TASCHEN titles, including "What Great Paintings Say"" I "& "II, " and "Francisco de Goya. 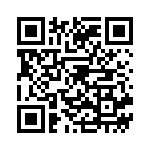