Dr. Chinua Akukwe is the Chairman of the Technical Advisory Board of the Africa Center for Health and Human Security, George Washington University Medical Center, Washington, DC., USA. He is an adjunct professor of global health and also an adjunct professor of preventive and community health at the school of public health, George Washington University. He is also a member of the Board of Directors of the Constituency for Africa, Washington, DC. He previously served as the Vice Chairman of the National Council for International Health, now known as the Global Health Council Washington, DC, the largest voluntary international health organization in the world. Dr. Akukwe, who is also the Chairman of the Board of Directors of the newly established Africa Center for Epidemiology and Diseases Economics Research, Abuja, Nigeria, has written extensively on HIV/AIDS, health and development issues in Africa. He is the author of two recent books on Africa: Don't Let them Die: HIV/AIDS, TB, Malaria and the Healthcare Crisis in Africa and Beyond the Rhetoric: Essays on Africa's Development Challenges. He is also a co-author of a recent book on AIDS Orphans in Africa and their Grandparents. Dr Akukwe developed the communicable diseases guidelines for the African Development Bank. He also developed the strategic framework and plan of action for achieving universal access to treatments for HIV/AIDS, TB and Malaria for the Africa Union's (AU) Commission of African Heads of State during the Abuja 2006 Special Summit on HIV/AIDS, TB and Malaria. The Strategic Framework for Action document was approved by the African Council of Health Ministers at its April 2007 continental summit in Johannesburg, South Africa. Dr. Akukwe is a Fellow of the Royal Society of Medicine, London and a Fellow of the American College of Epidemiology. He is also a Senior Fellow on Global Health at the National Medical Association, Washington, DC. 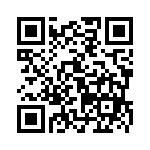