How I wrote certain of my books and other writings

Considered to be the precursor to literary surrealism, Roussel was admired as a genius by such illustrious contemporary French writers as Cocteau, Gide, Foucault, and Giacometti. To the public in ... Volledige review lezen

Eccentric writer Raymond Roussel was born in Paris, France in 1877. Although Roussel's works are very difficult to translate due to the complexity of their wordplay and his own attempts to translate them to the stage failed, he had a strong influence on a group of experimental Parisian writers known as OuLiPo, and on artists such as Salvador Dali and Marcel Duchamp. He died in Palermo, Italy in 1933.

John Ashbery was born on July 28, 1927 in Rochester, New York. He received a bachelor's degree from Harvard University and a master's degree in English from Columbia University. After graduating, he wrote advertising copy for Oxford University Press and McGraw-Hill. In 1955, he won the Yale Younger Poets prize for his first collection, Some Trees. While on a Fulbright scholarship to Paris, he began writing art criticism and editing small journals. After about a decade in France, he returned to New York, where he became executive editor of ARTnews and continued to work as an arts journalist. After ARTnews was sold in 1972, he taught and wrote art criticism. He wrote several collections of poetry including Houseboat Days, Flow Chart, And the Stars Were Shining, and Turandot and Other Poems. He received a Pulitzer Prize, a National Book Award, and a National Book Critics Circle Award in 1976 for Self-Portrait in a Convex Mirror. He also received the Antonio Feltrinelli International Prize for Poetry in 1992, the Ambassador Book Lifetime Achievement Award in 2008, and the National Book Foundation Medal for Distinguished Contribution to American Letters in 2011. In 1993, the French government made him a Chevalier de L'Ordre des Arts et des Lettres. He also translated the poems of Pierre Martory. He died on September 3, 2017 at the age of 90. 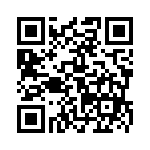