Professor Aaron Ben-Ze'ev, the President of the University of Haifa, is Professor of Philosophy. He earned his doctorate at the University of Chicago (1981). He has served as Rector, Dean of Research, Chairperson of the Department of Philosophy, Head of the Haifa University Press, and Head of the
Academic Channel. His research focuses upon the philosophy of psychology and especially the study of emotions. He is considered one of the world's leading experts in the study of emotions. He has written many books and articles on these topics including: The Perceptual System (Peter Lang, 1993).The
Subtlety of Emotions (MIT Press, 2000), and Love Online: Emotions on the Internet (Cambridge University Press, 2003). Ruhama Goussinsky, Ph.D, is a lecturer in the Human Service Department in Emek Ysreel College and Haifa University in Israel. She wrote her doctorate on men who murdered their female
partners and has participated in the National Survey on Violence Against Women in Israel. 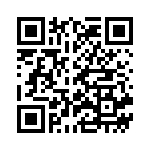