Brendan Burns (PhD, University of Massachusetts Amherst) teaches game development in the department of Computer Science at Union College in Schenectady, New York. At Union, he also researches the role that games can play in general Computer Science education. In addition to his academic work, Brendan is a maintainer of the port of Id Software's bestselling game, "Quake II" to Linux and the author of several games for the Palm platform. He is the author of 3 O'Reilly books now in print.

Joe is the lead engineer for the Google Compute Engine project. He has been at Google for ~8 years and, besides GCE, Joe has worked on Google Talk, Goog-411 and Adwords keyword suggestions. Before Google, Joe was an engineer at Microsoft working on IE and WPF.

Kelsey Hightower has worn every hat possible throughout his career in tech, and enjoys leadership roles focused on making things happen and shipping software. Kelsey is a strong open source advocate focused on building simple tools that make people smile. When he is not slinging Go code, you can catch him giving technical workshops covering everything from programming to system administration. 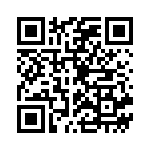