Excellent! Extremely insightful and entertaining. Abondantly rich in details. Another Antonia Fraser masterpiece. I enjoyed it as much as I did Love and Louis XIV also by this author. Volledige review lezen

She didn't say "Let them eat cake." Okay. What did she do of interest? Fraser is very good at evoking the atmosphere of the strange society in which Marie Antoinette lived, not quite so convincing at ... Volledige review lezen

Antonia Fraser is the author of many internationally bestselling historical works, including Love and Louis XIV, Marie Antoinette, which was made into a film by Sofia Coppola, The Wives of Henry VIII, Mary Queen of Scots, Faith and Treason: The Story of the Gunpowder Plot, and Perilous Question: Reform or Revolution? Britain on the Brink, 1832. She is also the author of Must You Go? My Life with Harold Pinter. She has received the Wolfson Prize for History, the 2000 Norton Medlicott Medal of Britain's Historical Association, and the Franco-British Society's Enid McLeod Literary Prize. She was made a Dame of the British Empire for services to Literature in 2011 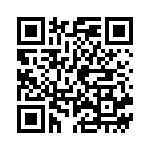