Author of over three hundred research papers on the mathematical, physical, and philosophical foundations of quantum mechanics, and a Springer book "Mind, matter, and quantum mechanics". Worked personally with W. Heisenberg, W. Pauli, and J.A. Wheeler on these issues. Invited author of entries about quantum theories consciousness in several currently about to appear encyclopedias. Invited plenary speaker at numerous international conferences. For book cover: Henry Stapp has spent his entire career working in frontier areas of theoretical physics. After completing his thesis work under Nobel Laureates Emilio Segré and Owen Chamberlain, he joined Wolfgang Pauli to tackle foundational issues. After Pauli's early death, he turned to von Neumann's ideas about the mathematical foundations of quantum theory. The essay 'Mind, Matter and Quantum Mechanics', that developed out of this work eventually evolved into Stapp's classic book bearing the same title. His deep interest in the quantum measurement problem led him to pursue extensive work pertaining to the influence of our conscious thoughts on physical processes occurring in our brains. The understandings achieved in this work have been described in many technical articles and now, in more accessible prose, in the present book. 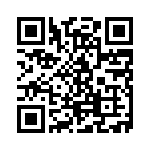