Isabelle Stengers is a professor of philosophy at the Université Libre de Bruxelles. Her publications include Cosmopolitics. She received the Grand Prize for Philosophy from the Académie Française in 1993.

Ilya Prigogine (1917–2003) was a Belgian physical chemist noted for his work on dissipative structures, complex systems and irreversibility. He was awarded the Nobel Prize for Chemistry in 1977. 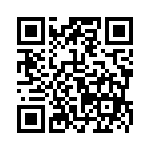