Pagina 11 - By a faction, I understand a number of citizens, whether amounting to a majority or minority of the whole, who are united and actuated by some common impulse of passion, or of interest, adverse to the rights of other citizens or to the permanent and aggregate interests of the community.
Komt voor in 584 boeken vanaf 1802-2008
Pagina 12 - THERE is an opinion that parties in free countries are useful checks upon the administration of the government, and serve to keep alive the spirit of liberty. This within certain limits is probably true ; and in governments of a monarchical cast, patriotism may look with indulgence, if not with favor, upon the spirit of party.
Komt voor in 394 boeken vanaf 1789-2008
Meer
Pagina 9 - Party is a body of men united, for promoting by their joint endeavours the national interest, upon some particular principle...
Komt voor in 276 boeken vanaf 1741-2008
Pagina 12 - Liberty itself will find in such a government, with powers properly distributed and adjusted, its surest guardian. It is, indeed, little else than a name, where the government is too feeble to withstand the...
Komt voor in 387 boeken vanaf 1800-2006
Minder

Giovanni Sartori was born in Florence, Italy, in 1924, and was appointed Professor of Political Science at the University of Florence in 1963. He has been a visiting Professor at Harvard and Yale, and in 1976 he succeeded Gabriel Almond as Professor of Political Science at Stanford. In 1979 he was appointed Albert Schweitzer Professor in the Humanities at Columbia University, New York, where he is now Professor Emeritus. Sartori is the author of numerous books across a range of fields in political theory and comparative politics, including Parties and Party Systems (1976), The Theory of Democracy Revisited (2 volumes, 1990), and Comparative Constitutional Engineering (2nd ed, 1997). His most recent books are Homo Videns (2nd ed, 2000), Pluralismo, Multiculturalismo, Estranei (2nd ed, 2002), and Mala Tempora (2004), which has been a bestseller in Italy. In 2005, Parties and Party Systems was also published in a Chinese translation. 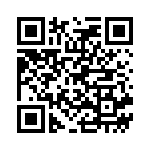