Mrs Anita Bose was born in Kolkata in 1971. Academically she pursued M.A in Bengali Literature from Burdwan University. Further endeavors in Appreciation of Indian Art, Indology and Ramakrishna and Vivekananda Movement were completed from Kavi Kul Guru Kalidas University, Nagpur and Golpark Ramakrishna Mission Institute of Culture respectively. In addition, she studied Fashion Designing and Textile Designing from Bhawanipur Educational Society. She enriched her repertoire by completing a very special course in Guiding from Bangkok National Museum, Bangkok. For the last 5 years, she has been spreading the culture and heritage of South-East Asia to the people of many countries across the world as the only Indian guide.

The author has travelled extensively through various parts of India and South-East Asia, learning their indigenous art forms and cultural heritage. As an independent researcher, she is trying to discover their historical footprints and impact on both ancient and contemporary culture. For several years she has dedicated herself to research on a vast yet unexplored domain of Indian influence on South-East Asian culture and history .Since 2013, she has penned numerous articles on these subjects, which have been published in esteemed magazines of India, Thailand and Indonesia. Her first book, Patachitra of Odisha and Jagannath Culture, published in 2018, is considered as a prominent effort in the history of Indian traditional art. She has continued her efforts in further research.

An artist herself, Anita has been practicing every variant of art she has conceived during her travels and is a teacher herself. She has also been involved in various solo and group art exhibitions in India as well as Thailand.

A devout follower of Swami Vivekananda’s principles, she has been helping underprivileged women and kids in various parts of India and Thailand by providing them a livelihood by means of handicraft and art, under the aegis of Ramakrishna Mission, Thanksgiving home. Apart from engaging in social services, she passionately arranges various art workshops abroad and thus helping the traditional art and culture of India reach the hearts of the people of different countries across the world.

The word ‘Charivati’ from Upanishad is the mantra of her life. 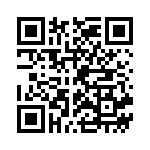