Cursory and effective, I read this in an afternoon. I have never allowed myself access to her fiction but her essays always maintained a welcome gravity. Volledige review lezen

An analysis of the human response to images of the suffering of others. Mainly relating to pictures of people afflicted by war from Goya's 18th century Disasters of War, to late 20th century conflicts ... Volledige review lezen

Susan Sontag was born in Manhattan in 1933 and studied at the universities of Chicago, Harvard and Oxford. Her non-fiction works include Against Interpretation, On Photography, Illness as Metaphor, AIDS and its Metaphors and Regarding the Pain of Others. She is also the author of four novels, a collection of stories and several plays. Her books are translated into thirty-two languages. In 2001 she was awarded the Jerusalem Prize for the body of her work, and in 2003 she received the Prince of Asturias Prize for Literature and the Peace Prize of the German Book Trade. She died in December 2004. 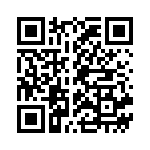