Brian Leiter is Charles I. Francis Professor of Law and Philosophy at the UNiversity of Texas at Austin. 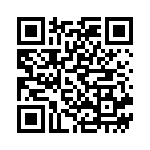