Pellegrino Artusi (1820-1911) was an Italian businessman and writer and is credited world-wide as the Inventor of Italian Cuisine. Originally a silk merchant, Artusi brought his passion for science, health, and food to the entire nation of Italy.

Murtha Baca’s translations include several manuscripts of Leonardo da Vinci, An Italian Renaissance Sextet: Six Tales in Historical Context (edited by Lauro Martines) and Pellegrino Artusi’s Science in the Kitchen and the Art of Eating Well.

Luigi Ballerini is an Italian poet and Professor Emeritus at the University of California Los Angeles. 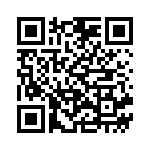