Richard M. Ryan, PhD, is Research Professor at the Institute for Positive Psychology and Education at Australian Catholic University, and Professor of Clinical and Social Sciences in Psychology at the University of Rochester. Dr. Ryan is a Fellow of the American Psychological Association, the Association for Psychological Science, the American Educational Research Association, and the Society for Personality and Social Psychology. He received distinguished career awards from the International Society for Self and Identity and the International Network on Personal Meaning, as well as a Shavelson Distinguished Researcher Award, presented by the International Global SELF Research Centre, among other honors. An honorary member of the German Psychological Society and the recipient of an honorary doctorate from the University of Thessaly in Greece, he is also a recipient of a James McKeen Cattell Fund Fellowship and a Leverhulme Fellowship. Dr. Ryan has also been a visiting professor at the National Institute of Education in Singapore, the University of Bath in England, and the Max Planck Institute in Berlin, Germany.

Edward L. Deci, PhD, is the Helen F. and Fred H. Gowen Professor in the Social Sciences at the University of Rochester, with secondary appointments at the University College of Southeast Norway and Australian Catholic University. Dr. Deci is a Fellow of the Association for Psychological Science, the American Psychological Association, and the Society for Personality and Social Psychology, among other associations. His numerous honors include a distinguished scholar award from the Society for Personality and Social Psychology, a lifetime achievement award from the International Society for Self and Identity, and a distinguished scientific contribution award from the Positive Psychology Network. He was named honorary president of the Canadian Psychological Association and is a recipient of a James McKeen Cattell Fund Fellowship. 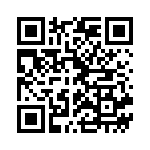