Good behind-the-scenes account that benefits from exhaustive and candid interviews with a wide range of campaign personnel. It can be a bit of a slog, at times, and tends to repeat the same points over and over, but it pulls no punches, is thorough and often lacerating. Volledige review lezen

An account by two journalists on the inside story of Hillary Clinton's campaign for the presidency in 2016. Many (or most) of their informants only agreed to speak "on background," (not wishing to ... Volledige review lezen

JONATHAN ALLEN is a national political reporter with NBC News. A winner of the Dirksen and Hume awards for his reporting on Congress, he was previously the Washington bureau chief for Bloomberg and the White House bureau chief for Politico.

AMIE PARNES is the senior political correspondent for The Hill newspaper in Washington and a CNN political analyst. She covered Hillary Clinton during the campaign and covers national politics. 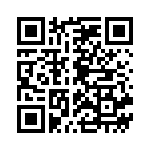