Interesting book. This author did his best and it is very thought provoking. He does voice his own speculations and misgivings and why he decided on the selections, whether we agree or not with it all it is fascinating. Volledige review lezen

I had a few problems with this fellow's picks for Most Influential Persons in History. For one thing, three of the hundred were American presidents! That seems a little slanted! Also, the author ... Volledige review lezen

Michael H. Hart is an American author and astrophysicist. His first and most famous book, The 100- A Ranking of the Most Influential Persons in History, was published in 1978 and has sold more than half a million copies in 15 languages. 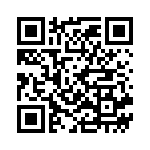