Engaging. Probably more so for the author's fellow New Yorkers, and more so at the times each essay was contemporary. Now it's dated (most by over 3 decades, no cell phones and only a couple of car ... Volledige review lezen

I gave this 4 stars because: In on story she used "and" rather than commas, which was completely annoying and I didn't like all of her stories. I especially liked the stories on the Southern Gospel ... Volledige review lezen

Susan Orlean has been a staff writer at The New Yorker since 1992. Her articles have also appeared in Outside, Rolling Stone, Vogue, and Esquire. She is the author of Saturday Night, a New York Times Notable Book of 1990, which, in the words of Entertainment Weekly, "calls to mind Damon Runyon, Evelyn Waugh, and screwball comedy." She lives in New York City. 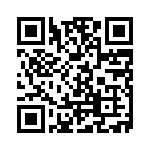