Robert Mullally graduated with a BA in English Literature and French from University College Dublin. He also holds a PhD from King's College London. He took up a career in language teaching at the same time as he developed an interest in Historical Dance, which he studied with Wendy Hilton. He then specialized in research in French and English dances of the Middle Ages and Renaissance together with related topics, and has had articles published in a large number of academic journals, both British and Continental. In addition he has contributed on dance to both the OED and The New Grove Dictionary of Music and Musicians. 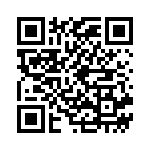