Tamara Adlin is the Principal consultant at Adlin, Inc. She was formerly a Customer Experience Manager at Amazon.com. For the past six years, John and Tamara have been researching and using personas, leading workshops, and teaching courses at professional conferences and universities. They developed the Persona Lifecycle model to communicate the value and practical application of personas to product design and development professionals.

John Pruitt is a User Research Manager for the Tablet and Mobile PC Division at Microsoft Corporation. Since joining Microsoft in 1998, he has conducted user research for a number of products including Windows 98SE, Windows 2000 Professional, Windows XP, and MSN Explorer, versions 6, 7 & 8. Prior to Microsoft, he was an invited researcher in the Human Information Processing Division of the Advanced Telecommunications Research Laboratory, in Kyoto, Japan, and also worked as a civilian scientist doing simulation and training research for the U.S. Navy.

John holds a Ph.D. in experimental psychology from the University of South Florida and has published articles and chapters on usability methods, skill training, naturalistic decision-making, speech perception and second-language learning. He has been creating and using personas for more than five years, continually developing a more rigorous approach to the method and mentoring numerous product teams at Microsoft and companies worldwide in adopting the technique. John has led workshops and spoken widely on the topic at both academic and industry events. 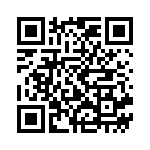