An extremely interesting history of the evolution of the relative power and influence of the executive branch of the American government. Written shortly after the Nixon administration, and the book ... Volledige review lezen

Arthur M. Schlesinger Jr. (1917–2007) was a renowned historian and social critic, and the author of sixteen books. He twice won the Pulitzer Prize, in 1946 for The Age of Jackson and in 1966 for A Thousand Days. He was also the winner of the National Book Award for both A Thousand Days and Robert Kennedy and His Times (1979). In 1998 Schlesinger was awarded the prestigious National Humanities Medal. 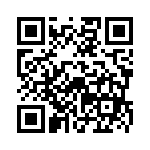