Stun your friends with bang up to date knowledge of what ecosystems are, how they function and how theory about them has developed. Stylish accessible account if you haven't time to read all the books and papers on ecosystems, with sly humour. Volledige review lezen

The author (born in 1965) is a Dutch biologist and science writer with a doctorate from Leiden University. In 2001, he published Frogs, Flies and Dandelions, an Oxford University Press trade book on speciation, which was favourably reviewed in Nature and in Trends in Ecology and Evolution, and translated into French, Dutch and Greek. The author writes news stories and feature articles on ecology and evolution for New Scientist, Natural History, Science, and various national newspapers in Belgium, the Netherlands and Malaysia. From 2000 to 2006, he was an associate professor in the Institute for Tropical Biology and Conservation in Malaysian Borneo. Since 2007, he has been director of research at the National Museum of Natural History in Leiden, the Netherlands. He has published about 55 scientific papers on tropical ecology, systematics and evolutionary biology, mostly involving land snails and insects. 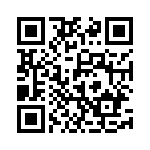