THE MORAL OBLIGATION TO BE INTELLIGENT: Selected Essays

Returns to print 32 tough-minded discourses, written from 1938 to 1975, from one of American literature's most exacting cultural critics. Positioning Trilling (1905-75) for unfamiliar readers, editor ... Volledige review lezen

The moral obligation to be intelligent: selected essays

Trilling (1905-74) epitomized the idea of the 1950s New York intellectual. In opposition to the prevailing theories of the New Critics, he adopted a broader approach: the study of the interconnections ... Volledige review lezen

Lionel Trilling (1905?75) is the author of the collections Beyond Culture, The Liberal Imagination, and the posthumously published Speaking of Literature and Society. He was a professor at Columbia University.

Leon Wieseltier is the editor of The New Republic and lives in New York City. 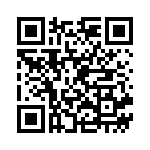