Karl Jasper (1883-1969) took his degree in medicine but soon became interested in psychiatry. He is the author of a standard work of psychopathology, as well as special studies on Strindberg, Van Gogh, and Nietzsche. After World War I he became Professor of Philosophy at Heidelberg, where he achieved fame as a brilliant teacher and an early exponent of existentialism. He Was among the first to acquaint German readers with the works of Kierkegaard. Jasper had to resign from his post in 1935. From the total isolation into which the Hitler regiem forced him, Jasper returned in 1945 to a position of central intellectual leadership of the younger liberal elements of Germany. In his First Lecture in 1945, he forcefully reminded his audience of the fate of the German Jews. Jaspers's unblemished record as an anti-Nazi as well as his sentient mind, made him a rallying point for those of his compatriots who wished to reconstruct a free and democratic Germany. 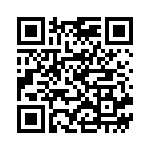