Stefano Evangelista is Fellow and Tutor in English at Trinity College, Oxford, and Lecturer in English at the University of Oxford. His book British Aestheticism and Ancient Greece: Hellenism, Reception, Gods in Exile was published by Palgrave Macmillan in 2009.
Elinor Shaffer FBA, Senior Research Fellow, Institute of Germanic and Romance Studies, School of Advanced Study, University of London, has published on Romantic and Victorian literature, is author of `Kubla Khan' and The Fall of Jerusalem: The Mythological School of Biblical Criticism and Secular Literature, edited the annual journal Comparative Criticism, and most recently has contributed to Samuel Butler: Victorian Against the Grain. 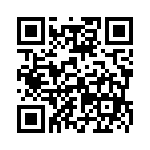