Khadija al-Salami grew up in Yemen in an almost feudal environment. Her life was devastated by the impact of civil war, which mentally destroyed her father and made him unable to care for his family. Determined to escape the poverty, death and destruction around her, Khadija, at the age of 12, asked the local TV station to let her host a programme for children. She later used the money that she received for these broadcasts to travel to the United States to study. She graduated from Mount Vernon College in Washington DC and, after undertaking postgraduate study in Film production, returned to Yemen to continue working at the Yemeni TV station. She subsequently joined the Yemeni Embassy in Paris, where she is currently Press and Cultural Attaché and Director of the Yemeni Information Centre. She lives in Paris with her husband, Charles Hoots. 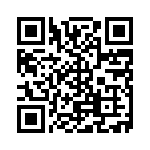