Okay for reading while floating in the pool. I'm glad I only paid a nickel for it. Volledige review lezen

Charles M. Province is the president and founder of the George S. Patton, Jr. Historical Society. He is the author of "Patton's Third Army," "Patton's One-Minute Messages," "General Walker: The Man Who Saved Korea," and "Patton's Punch Cards." He owns the largest personal collection of Patton material and memorabilia in the world and has studied the life, career, and philosophy of General Patton for decades. His website at "pattonhq.com" is considered to be the best Patton reference on the internet. 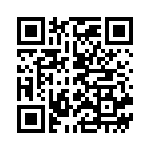