Greg Palast is an investigative journalist whose articles have appeared in the New York Times, Washington Post, The Nation, Salon.com, and numerous other US, British, and international newspapers, magazines, and online publications. He writes the "Inside Corporate America" column for The Observer and is joining BBC-TV's premier news broadcast, Newsnight, as special investigations reporter. He is the winner of the prestigious Financial Times David Thomas Prize, in 1997 and the Industrial Society Investigative Story of the Year, in 1998. He has also been nominated by the UK Press Association as Business Writer of the Year in 1999. In 2000, Salon.com selected his report on the US elections as politics story of the year. He has been the subject of several documentaries, an NPR profile, and an upcoming "60 Minutes" feature. 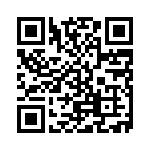