Manfred Eigen was born in Bochum, Germany on May 9, 1927. During World War II, he served in the German Air Force auxiliary in an antiaircraft unit. He received a doctorate in chemistry from the University of Göttingen. In 1953, he moved to the Max Planck Institute for Physical Chemistry. Eigen devised a method to time chemical reactions called chemical relaxation. Its development earned him a share of the 1967 Nobel Prize in Chemistry. In 1971, he became the lead of the chemical kinetics department at the Institute for Biophysical Chemistry and held that position until his retirement in 1995. He wrote several books including Laws of the Game: How the Principles of Nature Cover Chance written with Ruthild Winkler. He died on February 6, 2018 at the age of 91. 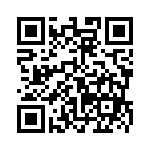