Born in Ronsdorf, Germany, Rudolf Carnap studied at the Universities of Freiburg and Jena from 1910 to 1914. He received his doctorate from Jena, where he had studied under Gottlob Frege, who, along with Ludwig Wittgenstein and Bertrand Russell profoundly influenced his thought. In 1926, on the invitation of Morris Schlick, he joined the faculty of the University of Vienna. An active participant in the discussions of the Vienna Circle, he soon rose to eminence in the movement of logical positivism, or logical empiricism. From Vienna he went to Prague, and in 1930 he founded, with Hans Reichenbach in Berlin, the journal Erkenntnis, the main organ for the publications of the logical positivists and empiricists. In 1935, with the rise of Nazism, he moved to the United States, where he occupied teaching and research positions at the University of Chicago, Columbia University, the University of Illinois, and the University of California in Los Angeles. When he died, he was the most famous of the logical empiricists. Camap's book, The Logical Structure of the World (1928), established the basic project of logical empiricism. Carnap sought to demonstrate that, by the method of construction from elementary experiences, all the objects in the world that were also objects of knowledge could be attained. As a consequence, unless a statement could be validated either by rules of logic or by experimental testing in experience, it could be dismissed as devoid of knowledge. He thus proceeded to dismiss most of traditional philosophy and metaphysics as consisting of pseudo-problems. Carnap maintained that the genuine task of philosophy was the logical analysis of the language of science. In The Logical Syntax of Language (1934), he introduced basic distinctions, such as object-language and meta-language, formal mode and material mode of expression, that were to be widely accepted in philosophy. However, neither his symbolism nor his restriction of philosophy to the logical analysis of syntax---i.e., the purely formal features of language---endured. Influenced by Alfred Tarski, Carnap came to appreciate the need to take account of nonformal meanings (those involving external reference). This led to his publication of The Introduction of Semantics (1942), a work restricted to exclusively extensional logic, as was the subsequent volume, Formalization of Semantics (1943). However, he moved on to consider non-extensional logics in Meaning and Necessity. A leader in the unity of science movement, Carnap also wrestled with the empirical verification principle of meaning and the problems of induction and probability theory. His last major treatise was the book Logical Foundations of Probability (1950).

Born in Germany, Schilpp, in 1926, became a naturalized citizen of the United States, where he was educated. He received his M.A. from Northwestern University, his B.D. from Garrett Theological Seminary, and his Ph.D. from Stanford University. After a few years as a Methodist minister, Schilpp served a brief term as a professor of psychology and religious education at the College of Puget Sound. From that time, however, he taught in the position of professor of philosophy at various universities throughout the United States. From 1965 to 1980, he was Distinguished Research Professor in Philosophy at Southern Illinois University at Carbondale. Over the course of his career, Schilpp has published books on a diversity of topics, including issues in higher education, theology, and the relation of religion to science. Although he would like to be remembered as a teacher, his most influential academic contribution has been his Library of Living Philosophers series, which now contains more than 20 volumes. Although the two most recent volumes in this series, one on Charles Hartshorne and the other on Sir Alfred Ayer, were edited by Lewis E. Hahn, Schilpp put together nearly all of the earlier volumes without collaborative help. The Library of Living Philosophers series was inspired by Schilpp's realization that many past philosophers have been deeply misunderstood. In the hope of fostering a better grasp of the thought of those prominent philosophers still living, he planned each volume to include both expository and critical essays written by scholarly academics about the work of some specific, active philosopher. Then he asked the philosopher under discussion to formulate a written reply to these interpretations and critiques. Whenever possible, Schilpp also included an intellectual autobiography of the philosopher in question. Finally, Schilpp prepared a relevant bibliography for each volume. It may be debated, of course, whether Schilpp's strategy could ever provide an effective antidote to the perennial penchant for misunderstanding among practicing philosophers. Nevertheless, there can be little doubt that the structured format of his Library of Living Philosophers series has been a fruitful one. Schilpp's persuasive insistence that important philosophers interact within an environment of carefully developed written exchanges has produced permanent collections of valuable, and frequently innovative, philosophical reflection. 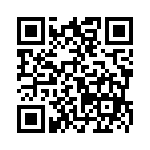