Song Hwee Lim is associate professor in the Department of Cultural and Religious Studies, The Chinese University of Hong Kong. 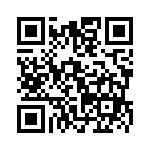