Tony van Renterghem (Netherlands) works as a semi-retired writer, researcher and consultant. He was born in Amsterdam and served in the Resistance during World War II, was condemned to death by the Nazis and escaped. For 30 years he worked in the movie industry, where he was technical advisor on such films as "The Diary of Anne Frank" and "The Greatest Story Ever Told. 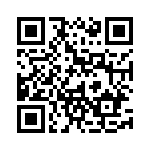