Noga Efrati is a research fellow at the Harry S. Truman Research Institute for the Advancement of Peace at the Hebrew University of Jerusalem and headed the Truman Institute's Post-Saddam Iraq Research Group from 2006 to 2011. A historian of the Middle East, her research focuses on the social and political history of Iraq. 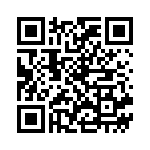