References to this book

George Wenzel is an anthropologist and georgpaher who teaches at McGill University, Canada. 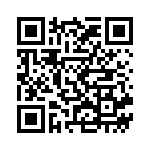