Born in Tibet, His Eminence Loden Sherab Dagyab Rinpoche immigrated to Germany in the 1960s where he now lives and teaches Tibetan and Buddhist Studies at the University of Bonn.

Robert Thurman holds the Jey Tsong Khapa Chair in Indo-Tibetan Buddhist Studies at Columbia University. After education at Philips Exeter and Harvard, he studied Tibet and Tibetan Buddhism for almost thirty years as a personal student of His Holiness the Dalai Lama. He has written both scholarly and popular books, and has lectured widely all over the world. As President of the American Institute for Buddhist Studies, he convened the First Inner Science Conference with His Holiness the Dalai Lama at Amherst College in 1984. He is also a founding trustee of Tibet House New York. 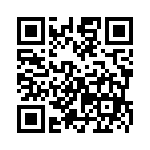