Pagina 2
The original Member countries of the OECD are Austria , Belgium , Canada ,
Denmark , France , Germany , Greece , Iceland , Ireland , Italy , Luxembourg , the
Netherlands , Norway , Portugal , Spain , Sweden , Switzerland , Turkey , the
United ...
Pagina 172
In the second and third , the evolution of trade performance and specialisation of
major Latin American countries over the past two decades is examined , using an
original data base and sectoral taxonomy for trade flows . The aim is also to ...
Pagina 199
This conventional explanation of economic transformation and development has
been increasingly criticised because it largely disregards the key role played in
countries ' trade patterns by technology and sources other than comparative ... 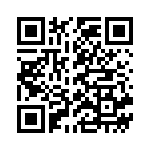