Jules Lobel is Professor of International and Constitutional Law at the University of Pittsburgh Law School. He is also Vice President of the Center for Constitutional Rights, a national civil and human rights organization. On behalf of the Center, he has been one of the foremost legal challengers of unilateral presidential war-making for the past two decades. 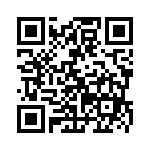