Author and illustrator, William Joyce was born December 11, 1957. He attended Southern Methodist University. He has written and illustrated many award-winning picture books. His first published title was Tammy and the Gigantic Fish. His other titles include George Shrinks, Dinosaur Bob, Santa Calls, The Leaf Men, A Day with Wilbur Robinson, Bently and Egg, and Rolie Polie Olie. In addition to writing and illustrating, he also works on movies based on his books. Among other awards, he has received a Golden Kite Award Honor Book for Illustration and a Society of Illustrators Gold Medal. In addition, he received two Annie awards for his Rolie Polie Olie series on the Disney Channel. He also won an Academy Award in 2012 for the category of Best Animated Short Film for for his work: The Fantastic Flying Books of Mr. Morris Lessmore. He made The New York Times Best Seller List with his title The Numberlys. 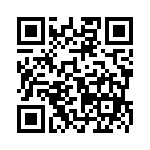